How to Answer Second Round Interview Questions 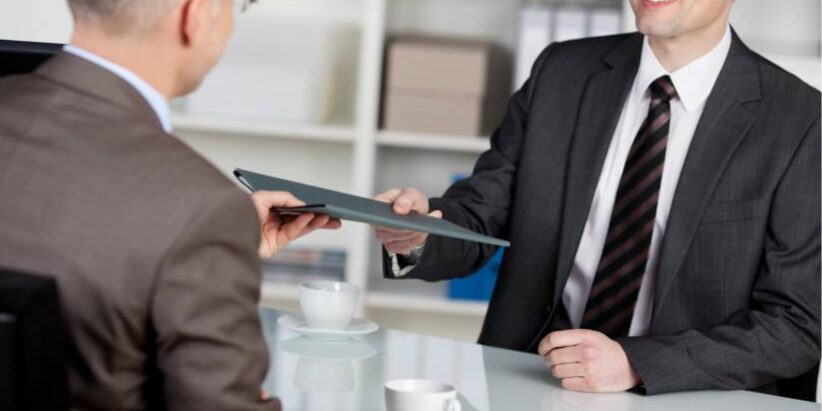 What to Expect at a Second Round Interview

What’s different about a second round interview?

The second round may be much more detailed and involve a new set of interviewers who are stakeholders in the work that the role that you are interviewing for produces or may be more senior executives.

Analysing the requirements section of the job advert / job description will help you prepare for potential questions. Researching the company on Glassdoor will give you some more insight into the companies values, how they operate and even may have some interview questions uploaded by previous applicants.  Make sure that your answers align with the company’s culture, vision and goals, convey how you would fit into the job and the company.

The Second Round Interview Format

The second interview isn’t a guarantee that you’ve going to be offered the job the company may well have invited back a number of people to see for a second time, so you still have competition for the role. Making sure that you’re as prepared as possible and more prepared than any of the other candidates will put you in the best place to be offered the job.

Also, it’s quite likely that the second interview you were going to be interviewed by a more senior manager or even a panel of several people. Research them on LinkedIn find out they’re role within the company and how the role for which you are interviewing for fits into their sphere of influence.

Remember that an interview is a two way street and there is an employment relationship should be a partnership which means that not only are you the right candidate for the company but the company is right for you too. Decide what really matters to you in a job and if this role is not right for you, it’s at the second interview where you can decide if the job and company is the right fit for you too – if not walk away.

How to Ace Second Round interview

Is there anything you want to clarify about the role from your first interview?

You really need to be prepared for this question; the interviewer for the company will want you to have thought about the job content and be certain that you are still committed to applying for the role. Following up from your first interview make a list of the points that the interviewer did not cover and questions that you wanted to ask but were not covered  in sufficient detail.

Why do you want to leave your current job

Now is not the time to bad-mouth and be negative about your current company you don’t want to sound like you’re too eager to leave your current job. Focus on what you enjoyed about your current role and employer to segue into the positive aspects of the company that you are interviewing for.  Talk about the challenges you are looking forward to facing e.g. leading a team, or launching a new product focus on the main aspects of the new role that you really want to do more of.

What sort of work environment do you thrive in?

The interviewer is trying to figure out if you are going to be a good fit with the company. Structure your answer around your understanding of the company’s culture and ensure that you give examples of when your own behaviours are aligned to the way that the company behaves and treats its employees. For example, if the company values innovation talk about when you have been innovative and what they meant for your previous company give examples which led to measurable outcomes.

What do you think we could be doing better as a company?

The interviewer is genuinely looking for your opinion and you should be honest with them about areas that you have noticed that could be improved. For example, you could talk about the user experience of their website or the functionality of their technology if they are a software organisation and you have had the opportunity to use their product.

Don’t be excessively harsh or critical but do identify areas that could be looked at again and improved.

What is your greatest weakness?

This question; or a variation such as tell me about your strengths and weakness, is still used by many interviewers even at the second interview. Be honest about weaknesses and follow up immediately with how you’ve worked to overcome it and the positive outcome working on your weakness has brought you.

What is your long-term career plan & how does this job fit into that plan?

Explain that you want to do the job that you’re being hired for to the best of your ability and learn new skills.

Talk specifically about one area of the role in which you are particularly skilled highlighting the benefits that you will bring to the organisation and the immediate impact you can make.

Project yourself forward in time so that you could see yourself growing within the company, using my skills and learning new skills to make a larger impact and influence at a senior management level.

What salary are you looking for this position?

If the salary range has not been disclosed make sure that you go prepared you can research  what similar roles are paid at other firms use Glassdoor salary calculator or salary survey firm such as  Payscale which will help you find out what salary level your skills, experience and location are paying. You don’t want is to be caught off guard by a salary-related question so be prepared. As well as your base salary don’t forget to factor in bonuses, commission, car allowances, health care, and company pension contributions

Discussion of the next steps

During your second interview, it’s likely you will be asked if you have questions about the role and the company make sure that your questions are not questions that you could have found answers to on the company’s website. Ask questions that relate directly to the role for which you have applied and how your success will be measured.

HOW CAN WE HELP?

Take the next step to unlock your potential.

Find out more about how our interview preparation service can help you get your next job. Book a free initial consultation to see the difference it could make to you at your next interview.

Mega Ideas That Will Help You Improve Your Career Path This Year
November 1, 2022

In-Demand Jobs You Can Do From Home or Remote Sites
November 1, 2022

5 Effective Tips That Will Make Your Resume Stand Out
September 23, 2022

Free 15 minute consultation. Find out how career coaching with an experienced career coach can help you to get the job you really want.
Book now

When first impressions count, what do we offer to help you stand out from the crowd?