The Right (And Wrong) Reasons To Leave A Job

Think You’re Ready For A Change? The Right (And Wrong) Reasons To Leave A Job 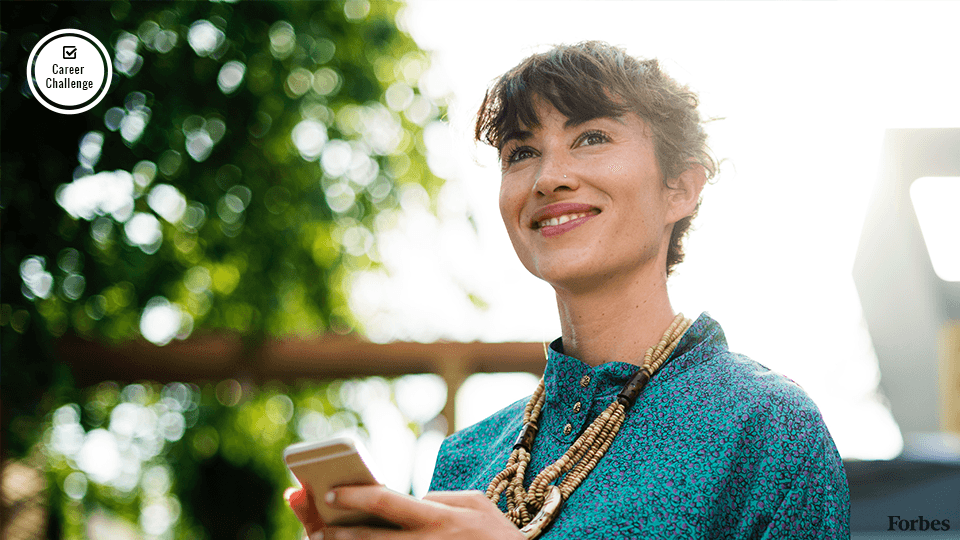 Americans are more optimistic about the employment landscape than ever before, with 65% saying that now is a prime time to find a job but is it the right time you leave a job. But a tight labor market isn’t necessarily a good reason to change employers, says Terri Wein, cofounder of career coaching firm Weil & Wein. “Don’t look for a job because it seems like the thing to do. If you like your job and believe you have a future at your company, embrace it,” says Wein. “It seems obvious, but people get caught up in the momentum.”

Just as the state of the economy shouldn’t determine whether you embark on a job hunt, neither should many of the factors professionals take into account when considering a change. Before you decide to jump ship, take a moment to make sure you’re doing so for all the right reasons.

Don’t leave a job because you have a poor relationship with your boss or colleagues.

Organizations rarely revolve around one individual, so don’t allow yourself to make career choices based on an adverse relationship with a manager or coworker who may not always be around. “All relationship issues can be resolved,” says career change coach Maggie Mistal. “You have to be a person who can work well with people in any situation.” Every relationship is a two-way street, so reflect upon how you might be contributing to the less-than-positive rapport you share with your manager or coworker and take steps to address the role you play. Otherwise, the root cause of the negative relationship you seek to escape will undoubtedly follow you to your next place of work. “People feel they have to go because everyone else is the issue, so they don’t look at themselves.” There is, however, one exception to this rule: It’s time to go, according to Wein, “if it’s so toxic and stressing you out so much that it’s becoming an unhealthy situation.”

Do leave a job because you want to make more money.

There isn’t always room in the company budget for bigger payouts, even for star employees. If you need a salary bump that your employer just can’t accommodate, it’s likely you’ll have to look elsewhere. “When you go to work for a company, you start at a salary and every year you’re either up for a 5% or 10% raise, but you’re on a trajectory,” says Wein. “If you want to make 25% more, it may not be possible in your current role.” This is especially true if your manager doesn’t have a reasonable rationale for not investing in you. “There might be developmental things you need to do to justify that raise or promotion. If they are valid in terms of career and progress, it makes sense to stay,” says Mistal. “If they don’t give good reasons or never follow through, absolutely move on.”

Don’t leave a job because you’re experiencing a learning curve.

We live in an age of instant gratification, and with that comes a tendency to deem anything less than immediate professional success a failure. But in today’s ever-evolving world of work, no one can reasonably expect to be a high-performer right away or to escape a plateau period by changing employers. “Performance pressure is not a reason to leave, because you’re going to have that everywhere you go,” says Mistal. “Jobs have gotten more complex. People aren’t doing one function—they’re doing three. You might not be able to get up to speed in three months—it might take six or nine.” If you’re discouraged by your performance, communicate that to your manager and ask for support. Then, work together to establish realistic goals based on the progress you are making. Above all, have patience. “You have to tell yourself, ‘Maybe I’m not perfect yet, but I know more today than I did yesterday,’” says Mistal.

Do leave a job because you feel stagnant and want more opportunities to grow.

Sometimes the only way to get ahead in your career is to jump back into the job market. If you have been performing your responsibilities on autopilot and have genuinely exhausted all the professional development options your employer has to offer, it may be time for a change. “Maybe your boss isn’t going anywhere, or your company is not expanding, but you’re ready for the next level or challenge,” says Mistal. “If you have asked for a promotion and aren’t finding there’s space for you, it does make sense to move on.”

Don’t leave a job because your company is reorganizing.

Nothing sends employees racing to LinkedIn like a corporate restructuring announcement. While many reorganizations do involve downsizing, Mistal insists that they’re not always bad news and cautions people against calling it quits before they’ve done their due diligence. “There’s huge opportunity in restructuring. People get afraid and think they’re going to be eliminated,” says Mistal. “But if you’re performing well, you’re the person they want to keep.” It’s always wise to have a backup plan, but don’t put it into action until you’ve met with your manager to discuss emerging opportunities.

Do leave a job because you want to change careers.

Maybe you took what you thought was a temporary gig, something just to pay the bills, and have ended up on a career path you never intended on pursuing. Or perhaps you finally landed the role of your dreams, but the reality of your work isn’t everything you thought it would be. Not every career is going to be a fit—and that’s okay. “Going against the grain every day is really hard,” says Mistal. “We all have strengths, and when they aren’t aligned with our work, when they’re not key requirements or part of our job, it’s time to make a shift.” But before you pivot, get clear on what you want from your professional life. You don’t want to make a career change, only to find that the grass was greener where you came from.

Don’t leave a job because you want more work-life balance.

Whether you’re starting a family, caring for aging parents or just trying to make a little more time for life, having a flexible work arrangement can make a world of difference. But before you start scouring the job boards, consider this: You’re more likely to get what you want where you are. “It’s easier to get flexibility in your current job—unless you’re going to leave to take a remote or part-time job—because you have a relationship. You have a track record,” says Mistal. If your hours are no longer fit your needs, start by talking with your manager. “Maybe you need additional resources, an admin to come in,” says Wein. “Maybe some of the work you’re doing isn’t actually necessary, but you haven’t been told. Having an open dialogue is the first way to address the issue.” Given that the average job interview process costs companies 23.8 days and $4,129 per hire, your employer may very well be receptive to your proposal. But if your boss isn’t sympathetic, that’s a different story. “If you have a lifestyle change and your company is not supportive, move on,” says Mistal.

Do leave a job because your heart isn’t in it.

It’s usually obvious when people aren’t fully engaged in their work, and no employer wants to keep an apathetic employee on the payroll. So if you often sit at your desk, daydreaming of the job you wish you had, you absolutely must make a change. Otherwise, you may find yourself leaving sooner than expected. “When that decision is made for you, it really hurts your self-esteem. You start to feel like damaged goods, and have a hard time moving forward in a job search in a productive way,” says Mistal. She also emphasizes that before giving notice, it’s important to reflect on such a momentous decision. “You can’t just change jobs. You have to get clarity first.” Identifying the source of your unhappiness will help ensure your next job is a more satisfying one.

Don’t ever view the quest for a new position as a way to escape your struggles—a job search should be a positive move, a way to get closer to achieving your professional and life goals. “It’s not a weight on your shoulders,” says Wein. “It is the next step.”