Apprenticeships offer a vital alternative to university for school leavers

Anne Milton is passionate about apprenticeships and struggles to see why anyone would think differently. “It’s on-the-job training. What’s not to like?” says the skills minister, who is also a qualified nurse.

At the time Milton became a nurse, there was no expectation that entrants to the profession would hold a degree. Although she is keen to stress that she is not anti-higher education, she rails against “intellectual snobbery” that can put unfair pressure on young people to choose higher education. 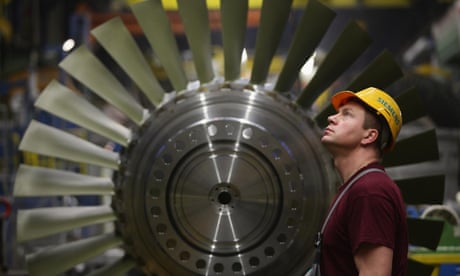 Apprenticeships are a European rite of passage – what can the UK learn?

Apprenticeships, she says, give people the opportunity to “sail ahead of their peers” who embark on a full-time degree (and incur significant debt). “The default should not just be university,” says Milton. “No matter how bright you are, there are other options out there.”

Having become skills minister last June, Milton is responsible for ensuring the government hits its target of 3m apprenticeship starts in England over a five-year period ending in 2020. She hopes that the likelihood of hitting this target will be boosted by an influx of apprentices from the public sector – in which employers with 250 or more staff are expected to have 2.3% of staff(including existing workers) starting an apprenticeship each year.

“The public sector wants nurses, teachers and police men and women,” she adds. “There is a shortage of people coming through.”

Following last summer’s 59% drop in the number of people starting apprenticeships, she is confident numbers will rise, but declines to say when or how rapidly. Employers that pay the apprenticeship levy need time to decide how they spend money accumulated in their accounts, she says.

In 2018-19, levy-paying employers will be able to transfer 10% of funds in their account to another employer, including employers in their supply chain. By 2020, meanwhile, she expects standards for new-style apprenticeships to be available wherever employers want them. “We will meet employer demand,” she promises.

Other teething problems included last year’s awarding of contracts for training involving employers that do not pay the levy. The Department for Education was forced to rerun the procurement process after seriously underestimating how many training providers would make bids.

But Milton is unapologetic, insisting the DfE “got it right” second time around. “It’s important trainers, employers and apprentices have confidence in the system,” she adds.